How to: keep on top of vaping etiquette. 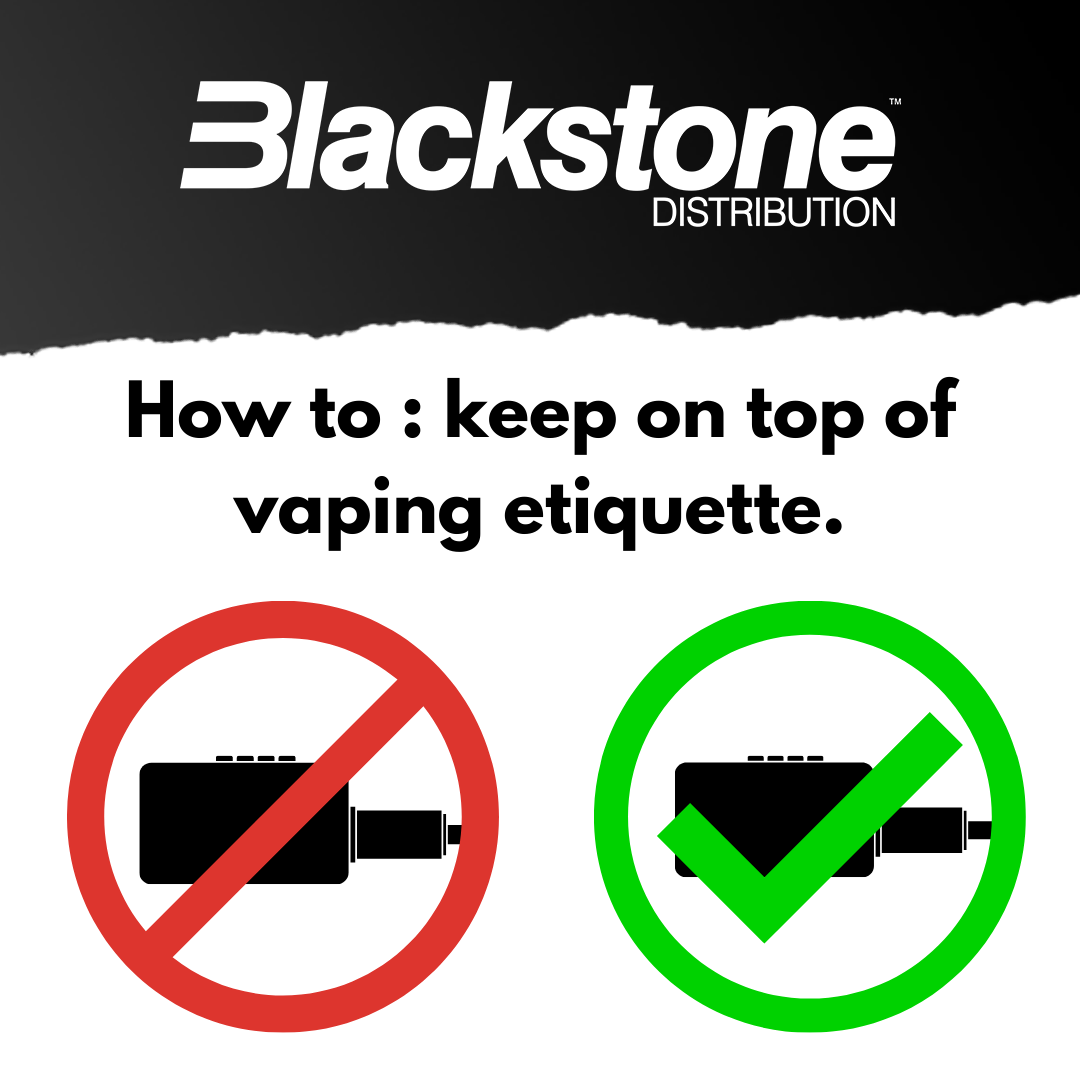 Whether you are new to vaping or you have been at it for a while, keeping on top of vaping etiquette is very important. Unless you are in the comfort of your own home, it can be quite difficult to know what's right and what’s wrong when it comes to vaping, as different places have different rules and guidelines.

For example, we all know going on your mobile phone during a meal is considered bad-mannered, similarly puffing out a big cloud during a meal also wouldn’t be the best idea.

Where can I vape?

It goes without saying you should try and avoid confined spaces. Although there is not much evidence to support second-hand vaping being harmful to people, the other people in said confined space may not want to be exposed to the vapour.

It is best to vape in an outdoor area where the vapour can easily dissipate into the air and there aren’t many people around, or stick to vaping in your own home. This is your own personal space, and unlike smoking, you won’t leave any nasty smells or stains.

It is also a good idea to try and avoid vaping around children.

Although there are different regulations to vaping than smoking, it is always best to ask before you vape and to be respectful of the people around you.

Although you may think this is funny, this can irritate a lot of people, even other vapers. Even though it can smell nice, it is always best to blow your vapour towards an open area or down at the floor to avoid this.

Try not to be too preach-y.

As much as we all want to spread the benefits of vaping over smoking, this can come across as annoying and may put people off even further. It is always better to approach the vaping vs. smoking conversation with a level head, as-opposed to trying to ram facts down people’s throats. Also, never attack a smoker. Remember, you were probably a smoker once upon a time as well.

It is much easier for everyone involved if you just keep your vaping discreet. Sometimes a non-vaper may find a large cloud of vapour intimidating.

Avoid being a vape snob.

Whether you have the best and flashiest vape on the market, a disposable or you like to keep your vape simple, remember we are all in the fight against smoking together. Make sure you don’t belittle someone due to their device or chosen flavour. Each person is different from the next. The world would be very boring if we all liked the same things!

Remember, we want vaping to be accepted and to become the new norm. It is important we create a positive stigma and encourage more people to start vaping, and stop smoking.